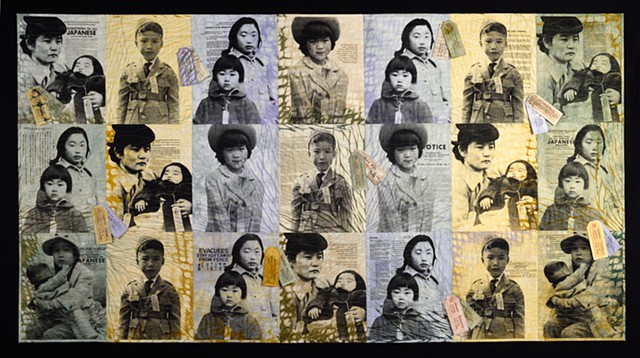 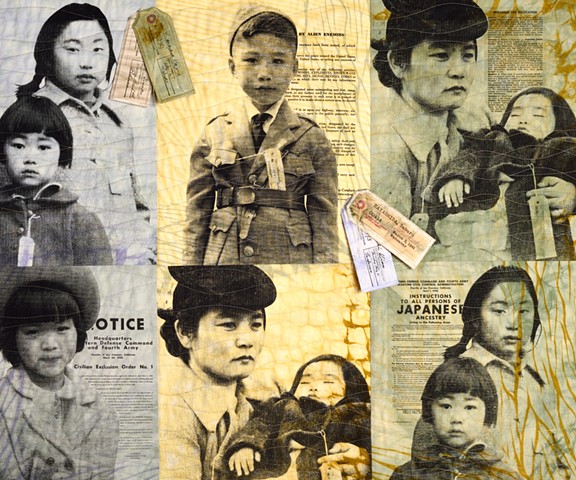 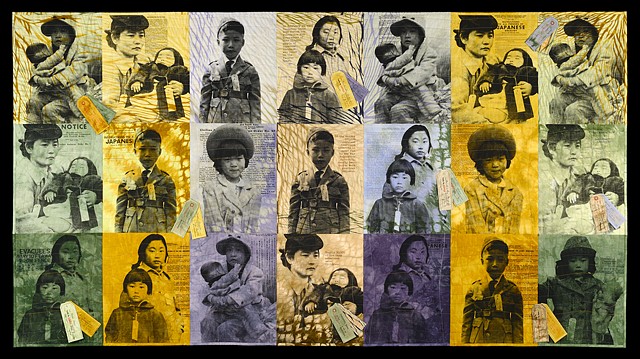 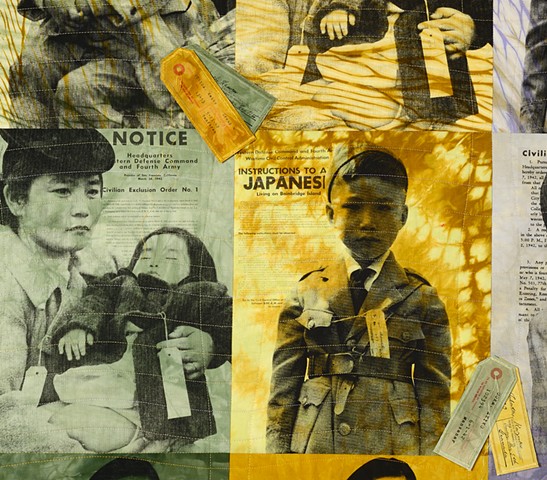 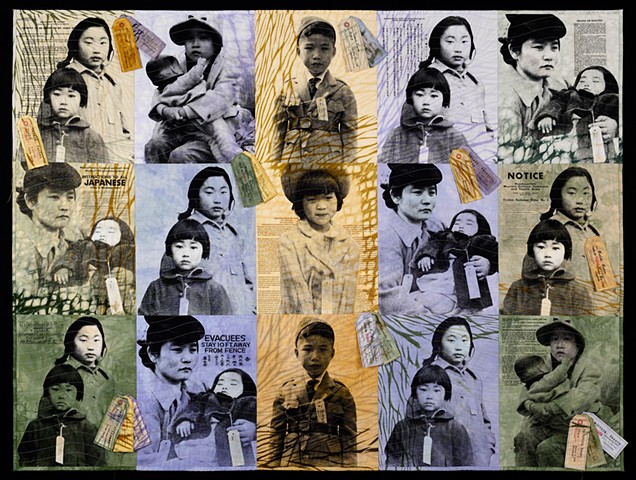 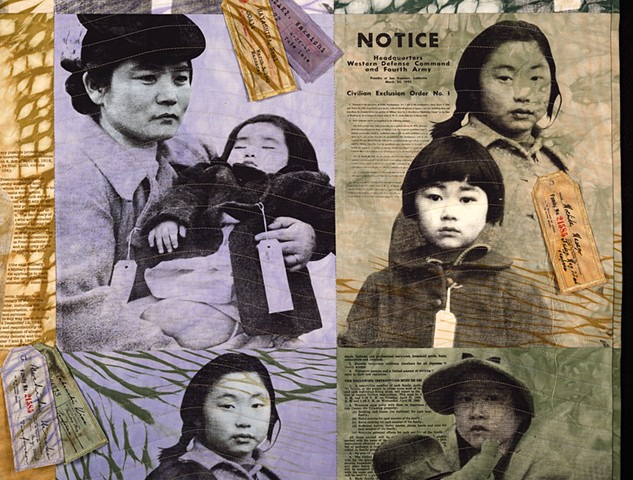 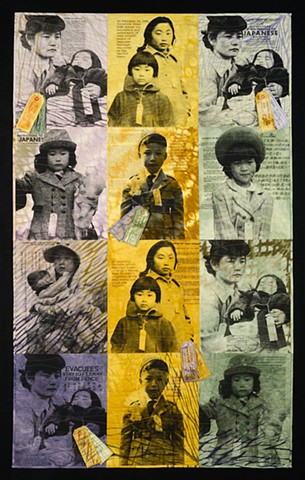 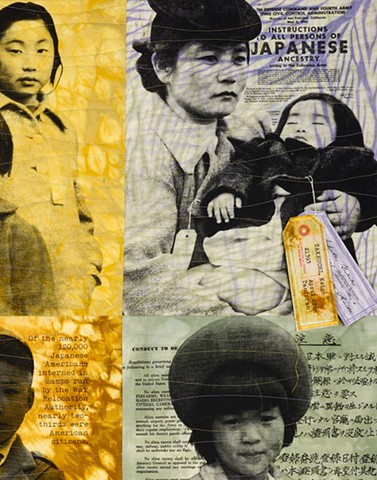 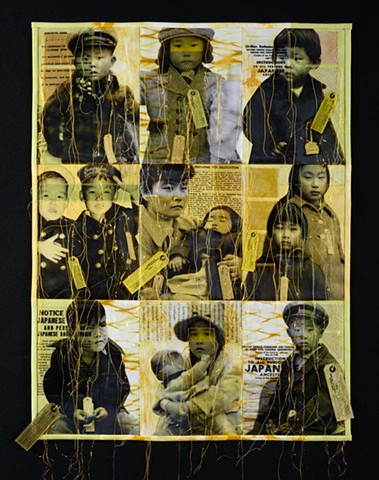 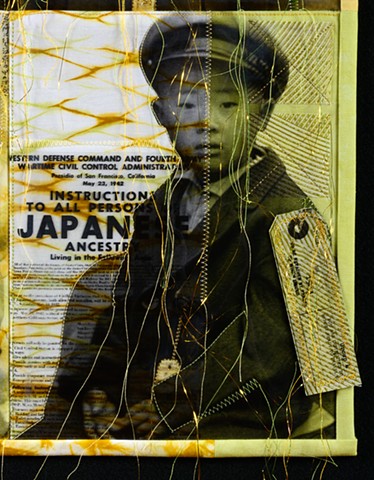 Barely three months after the Japanese attack on Pearl Harbor, President Franklin Roosevelt signed Executive Order 9066, forcing nearly 120,000 people of Japanese heritage living on the Pacific Coast into internment camps, of which an estimated two-thirds were U.S. citizens. Almost 30,000 camp internees were children, whose photos were my inspiration, and to whom these pieces are dedicated.